Contributors to Pact Press’ Howling Up to the Sky anthology

Howling Up to the Sky was released in February of 2018. All proceeds from the sale of this anthology are donated to Shatterproof to assist in their efforts to help families struggling with addiction. 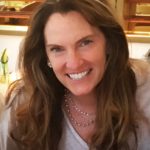 Barbara Straus Lodge is a native Angeleno who earned a B.A. In English from UCLA and a Juris Doctor from Pepperdine University School of Law. She is a graduate of the UCLA Creative Nonfiction Writer’s Program and her personal essays, mostly about her family’s struggles with addiction, have appeared in Parabola Magazine, The Rumpus Voices on Addiction, Chicken Soup for the Soul Random Acts of Kindness, The Good Men Project, New York Times Motherlode Blog, the LA Affairs section of the Los Angeles Times and a variety of Anthologies. Barbara was also a 2017 guest blogger for Speakers for Change and Facing Addiction.

She teaches writing to incarcerated young girls through WriteGirl, a Los Angeles based mentoring program, and is the founder of TruthTalks™ workshops which offer hope to parents of young adults struggling with addiction. In TruthTalks™ workshops, parents of active “addicts” have the opportunity to dialogue with kids who’ve found solid recovery. These dialogues, (with those kids who’ve “been there”) offer rare insight into their motivations and experiences. As a result, parents often de-objectify their “addict” sons or daughters and begin to see their struggles with new eyes. There is no room for stigma or judgment. The act of talking and listening to kids in recovery opens doors into a new space where parents can connect with their own children through compassion, empathy, and love. 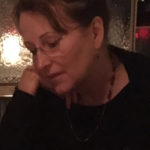 Abigail Warren lives in Northampton, Massachusetts and teaches writing, literature and poetry at Cambridge College. Her work has appeared, or is forthcoming, in print and on-line, in Hawai’i Review, Tin House, Monarch Review, Ducts.org, Brink Magazine, Gemini Magazine, Sanskrit, Emerson Review, The Delmarva Review, Serving House Journal, among others. Her essays have appeared in SALON, Northampton Media, and The Huffington Post. Her book, Air Breathing Life (Finishing Line Press, 2017) is available. She can be reached at abigail.warren8@gmail.com Her webpage is abigailwarren.org. 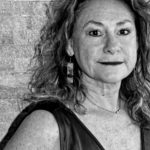 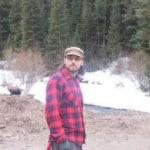 Tom Pescatore can sometimes be seen wandering along the Walt Whitman bridge or down the sidewalks of Philadelphia’s old Skid Row. He might have left a poem or two behind to mark his trail. He claims ownership of a poetry blog: amagicalmistake.blogspot.com. His first poetry collection Go, On Breathe Freely! is out now from Chatter House Press. 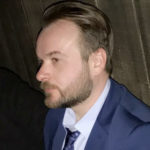 Justin Karcher is a poet and playwright born and raised in Buffalo, New York. He is the author of Tailgating at the Gates of Hell (Ghost City Press, 2015), the chapbook When Severed Ears Sing You Songs (CWP Collective Press, 2017), and the micro-chapbook Just Because You’ve Been Hospitalized for Depression Doesn’t Mean You’re Kanye West (Ghost City Press, 2017). He is the editor of Ghost City Review and co-editor of the anthology My Next Heart: New Buffalo Poetry (BlazeVOX [books], 2017). He tweets @Justin_Karcher 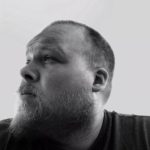 Damian Rucci is a writer & poet from New Jersey whose work has recently appeared in Beatdom, Eunoia Review, Indiana Voice Journal, and basements and coffee shops across the country. He is the author of The Former Lives of Saints (2017 EMP w/ Ezhno Martin), Tweet and Other Poems (2016 Maverick Duck Press), and A Symphony of Crows (2015 Indigent Press). Damian is the founder of the Poetry in the Port reading series and poetry editor at Blue Mountain Review. 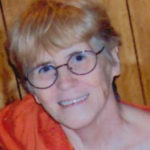 Jenean McBrearty is a graduate of San Diego State University, who taught political science and sociology. Her fiction, poetry, and photographs have been published in over a hundred and ninety print and on-line journals. She won the Eastern Kentucky English Department Award for Graduate Creative Non-fiction in 2011, and a Silver Pen Award in 2015 for her noir short story: Red’s Not Your Color. Her novels and collections can be found on Amazon and Lulu.com. 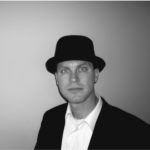 Will Cordeiro has work appearing or forthcoming in Best New Poets, Copper Nickel, Crab Orchard Review, DIAGRAM, Fourteen Hills, Nashville Review, Poetry Northwest, Zone 3, and elsewhere. He is grateful for a grant from the Arizona Commission on the Arts, a scholarship from Sewanee Writers’ Conference, and a Truman Capote Writer’s Fellowship, as well as residencies from ART 342, Blue Mountain Center, Ora Lerman Trust, Petrified Forest National Park, and Risley Residential College. He received his MFA and Ph.D. from Cornell University. He lives in Flagstaff, where he teaches in the Honors College at Northern Arizona University. 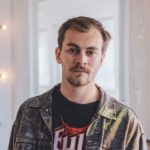 Luke Muyskens lives in Minneapolis, Minnesota. His poetry and fiction has appeared in a few literary journals, most recently New American Writing, Hopkins Review, CutBank, Arts & Letters, and New Madrid. He holds an MFA in fiction from Queen’s University of Charlotte. 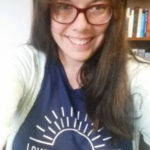 Sarah Ghoshal is a writer, professor, mommy, wife, feminist, binder, runner, and persister. Her work can be found in Reunion: The Dallas Review, Cream City Review, The Moon Magazine, and Mom Egg Review, among others. She is a Best of the Net nominee and has two chapbooks, Changing the Grid and The Pine Tree Experiment. She lives in New Jersey. 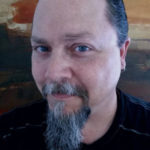 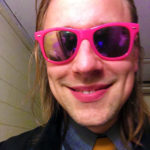 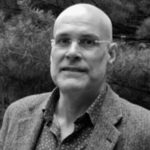 Brian Jerrold Koester holds an MFA from the Bennington Writing Seminars. He is a Best of the Net Anthology nominee. His work has appeared or is forthcoming in Agni, HeartWood, The Delmarva Review, Right Hand Pointing, Peacock Journal, Poetry Pacific, Louisiana Literature Journal, and elsewhere. He lives in Lexington, Massachusetts and has been a freelance cellist. 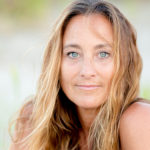 Laura Golden is a traveler, sailor, yoga teacher and writer. Originally from New York, she has lived in Wilmington, NC, for the past ten years. She recently completed a series of short stories inspired by her travels throughout Central America in 2016, one of which was shortlisted for the Doris Betts Fiction Prize. She has published several yoga articles and translation excerpts. 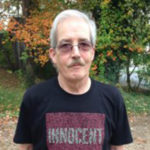 Edison Jennings is a public school tutor living in the southwestern Appalachian region of Virginia. His poetry has appeared in several journals and anthologies. His chapbook, Reckoning, is available at Jacar Press. 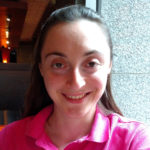 Anna Schoenbach is a freelance writer with a Masters Degree in Science Writing from Johns Hopkins University and a Bachelors of Arts in Biology and English from Mount Holyoke College. She writes articles on science, white papers, first-aid guides, and other content, both for work, with a smattering of fiction and poetry in the mix. Her writing is born of a desire to “peel away the curtain and show people why the world is a fantastic and fascinating place, and life an overwhelming cacophony of beautiful sensation…” She hopes that she can capture and share even just a little bit of it through her writing. 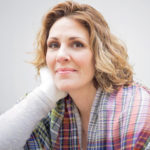 Alma McKinley graduated from Massachusetts College of Pharmacy in June 1997. Thus began her career as a retail pharmacist that took her from the suburbs of Boston, to West Palm Beach, Florida, and her permanent residence outside of Denver, Colorado. She is married and has two children, a pre-teen and a kindie. When Alma was five years old and she knew how to write her alphabet, she was enamored with writing letters, marrying them in any order, for the mere act of writing brought her joy. Today, writing continues to be her passion and is as essential to her life as the air she breathes. She draws her inspiration from nature, long walks, birds, her children’s faces, anything that allows her to lose herself in the moment and draw from divine inspiration. Her first finished essay was the result of a creative non-fiction writing class this past fall, where she wrote about her career as a pharmacist. 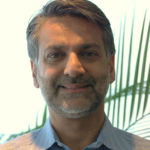 Jemshed Khan was born overseas but lives and works in Kansas and Missouri. Much of his writing deals with ethical misgivings. He has published around two dozen poems: Rigorous, Unlikely Stories, Rat’s Ass Review, the chapbook NanoText (Medusa’s Laugh Press, February 2017), Clockwise Cat, shufPoetry, Pilcrow & Dagger, Heartland:150 Kansas Poems and I-70 Review. He has future work slated for I-70 Review (2018) and Writers Resist (2017). 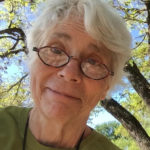 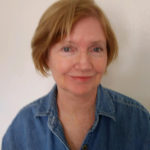 Susan Vespoli lives in Phoenix, AZ. She received her MFA in 2010 from Antioch University Los Angeles. Her poetry and prose have been published in a variety of spots including New Verse News, Mom Egg Review, South85 Journal, Writing Bloody, and Role Reboot. Her second chapbook, entitled I Come from a Line of Women, will be published by dancing girl press in 2018. 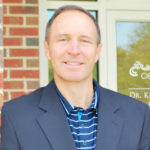 Dr. Kenneth Benson is a practicing oral and maxillofacial surgeon in Raleigh, North Carolina. He is the co-author of Oral and Maxillofacial Surgery Secrets.