Speak & Speak Again was released in May of 2017. All proceeds from the sale of this anthology are donated to the Southern Poverty Law Center to assist in their battle against discrimination. 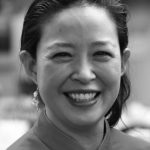 Frances Kai-Hwa Wang is a second-generation Chinese American from California who now divides her time between Michigan and Hawai‘i. She is a contributor and essayist for NBC News Asian America. She has also written for ethnic new media, including AAPIVoices.com, NewAmericaMedia.org, ChicagoIsTheWorld.org, JACL’s PacificCitizen.org, InCultureParent.com. She teaches Asian/Pacific Islander American Studies at University of Michigan. She was previously Executive Director of American Citizens for Justice. She has published three chapbooks of prose poetry, been included in several anthologies and art exhibitions, and created a multimedia artwork with Jyoti Omi Chowdhury for Smithsonian Asian Pacific American Center. Frances can be found at: franceskaihwawang.com  and @fkwang 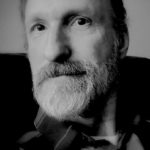 Raymond Luczak is the author and editor of 18 books. Titles include The Kiss of Walt Whitman Still on My Lips and QDA: A Queer Disability Anthology. His novel Men with Their Hands won first place in the Project: QueerLit Contest 2006. He lives in Minneapolis, Minnesota, and can be found online at raymondluczak.com. 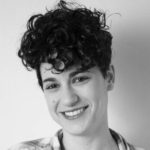 Mikhal Weiner write songs that are stories and stories that are songs. Raised in Jerusalem, Israel, she now lives and works in Brooklyn, New York. She studied composition and songwriting at Rimon College in Tel Aviv, completing her studies at Berklee College of Music in 2014 with honors. Her works, whether text or music, are deeply influenced by her experiences as a middle-eastern gay woman and her love of poetry and folk music. Her published essays include ‘What the World Needs Now’, and ‘Changing our Stripes: Why Women Artists may be Like Saber-Tooth Tigers’. She is currently Co-Director of Salomé ArtHaus, a community centered art-sharing venue, in Bed-Stuy, Brooklyn, as well as finishing up her debut album, to be released this spring. 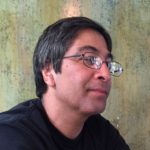 Stephen D. Gutierrez is the author of three books of stories and essays, including Live from Fresno y Los, which won an American Book Award, and The Mexican Man in His Backyard, Stories & Essays. He has published widely in magazines and anthologies. His nonfiction has appeared in Fourth Genre, River Teeth, Third Coast, Santa Monica Review, Under the Sun, ZYZZYVA, Bluestem, The Los Angeles Review, Catamaran Literary Reader and Alaska Quarterly Review. He is a current Best of the Net and Pushcart Prize nominee for recent work in Waccamaw and Under the Gum Tree, respectively. He teaches at Cal State East Bay in the San Francisco Bay Area. 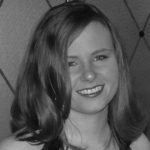 Sandy Roffey is a writer and mother who lives in the Northeast with her husband, two LGBTQ teens and a tyrannical preschooler. Her non-fiction writing can be found online on The Good Men Project, Huffington Post, and on her own blog, Slay At Home Mom. She is currently working on her second novel. 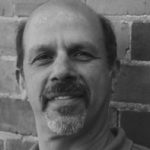 Rob Waters, a member of the San Francisco Writer’s Grotto, has been writing about health, science, criminal justice, and child and family issues for 25 years. He is a regular contributor for STAT, an Internet-based publication focused on health and medical science and his articles have appeared in Bloomberg BusinessWeek, San Francisco magazine, Salon.com, Sierra, Columbia Journalism Review, the SF Chronicle Sunday magazine and the Los Angeles Times. His 2005 investigation for Mother Jones, “Medicating Amanda,” told the story of drug industry influence over prescribing guidelines in Texas and won the Casey Award. He co-authored From Boys to Men, published in 2004 by Simon & Schuster. 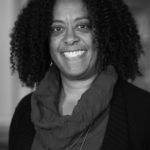 Martha Haakmat has taught and led in New York City independent schools for the past 30 years. Currently the Head of School at the Brooklyn Heights Montessori School, Martha is a former lower, middle and upper school educator, Diversity Director and Middle School Head. Martha has served as an independent school trustee and has been a member of various committees for the National Association of Independent Schools (NAIS) and the New York State Association of Independent Schools (NYSAIS). She was also the founder and director of Educators for Growth and Empowerment (EDGE), a diversity consulting team that presented in schools and at conferences nationwide. Martha currently serves on the Board of Trustees for NYSAIS, the NYC Guild, and Early Steps. She is also a faculty member for the NAIS Institute for New Heads. Martha has three daughters, now in college and high school, who were educated in the NYC independent school system. 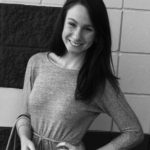 Nora Shychuk grew up in a small town in Pennsylvania before she hopped across the pond and earned her MA in Creative Writing from University College Cork in Ireland. Her work has appeared in The Quarryman Literary Journal, The Rose Magazine, and The Lonely Crowd. More of her work can be found at Think Breathe Write. 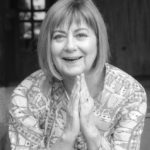 Laurie Ann Doyle is an award-winning writer and teacher of writing. Two decades ago, a friend lent her Alice Munro’s The Moons of Juniper and she became fascinated with the short story; so fascinated that she left a career in healthcare and sent herself to graduate school to write a few. Nine years later, “a few” has turned into two dozen, thirteen of which have comprised her debut collection, World Gone Missing. Stories in this book have won the Alligator Juniper National Fiction Award, been nominated for Best New American Voices and the Pushcart Prize. Her stories and essays have also been published in The Los Angeles Review, Timber, Jabberwork Review, Under the Sun, and elsewhere. 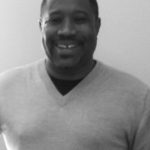 Eugene Gregory hails from the small town of Southside Virginia. He graduated from Virginia Tech in the early 90’s and has been a member of the Alpha Phi Alpha fraternity since 1992.  Eugene is the proud father of two young men that are eighteen and fourteen, and a community volunteer for Wake Forest/Raleigh, coaching young men in basketball and football.  He is currently exploring the world of poetry and literature, and is working on his debut work, a collection entitled The True Virtue of a Man.  Eugene is also passionate about developing a Mentor Program for all youth, irrespective of skin-color or background, in the Wake Forest area. 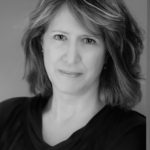 Cheryl A. Ossola is a freelance writer and editor whose work has been published in Switchback, Dance Magazine, and Dance Studio Life, at danceusa.org, and by San Francisco Ballet and other ballet companies. She has an MFA in writing from the University of San Francisco, where she focused on long-form fiction. Formerly editor in chief of Dance Studio Life, she is a member of the San Francisco Writers’ Grotto, where she teaches writing classes and finds inspiration in a creative community.

Michelle Rosquillo is an editor for Pact Press and Regal House Publishing. She received her MFA in Creative Writing from The University of North Carolina at Greensboro. With a focus in poetry and a particular interest in folklore, she writes about the evolution of feminine identity while exploring archetypal figures from different cultural mythologies. Her work has appeared in online journals Hennen’s Observer and Elephant Journal, as well as in the Corbel Stone Press anthology Nature and Mythology. When she’s not writing, she manages a tea cafe and wellness lounge in Greensboro, where she lives with her wife.