Pact Press’ Changing Tides anthology will be released in the fall of 2019. All net revenue from sales of the anthology will go to support the work of The Coral Restoration Foundation. 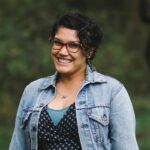 Michelle Rosquillo is the lead editor for our Changing Tides anthology, an Associate Director at The Regal House Initiative, a senior editor of our Regal House Publishing titles, and our senior poetry editor leading the We 2 R Poets project. She has an MFA in Creative Writing with a concentration in poetry from the University of North Carolina at Greensboro, from which she also holds a Bachelor of Arts in English. Her creative work has appeared in Corbel Stone Press’s Nature and Myth anthology, digital literary journal storySouth, and UNCG’s student-run arts and literature magazine Coraddi. She currently lives in Greensboro with her wife. 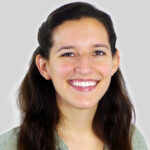 Christina Stefan is a design researcher with a passion for understanding how people learn and interact. While her love of problem-solving drove her to pursue design professionally, her love of the natural world has been a constant influence in her life. As she developed as a design researcher and continued to explore marine conservation outside of her professional work, she realized design tools have much to offer the world of conservation. Christina believes design is fundamentally a catalyst for behavior change and can be a critical tool for encouraging healthy human-nature interactions. 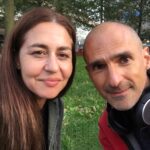 Writing and photography duo d’Ores & Deja live and work in the former Tar Gardens of the Amsterdam harbor area. The Dutch-French duo formed in June of last year. Their work has recently appeared in The London Reader and Antiphon, and is forthcoming in Analog Science Fiction and Fact. 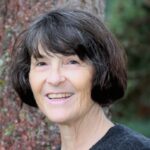 Jayne Marek’s poems and art photos appear in One, Light, Grub Street, The Cortland Review, Slipstream, The Lake, Stonecoast Review, Spillway, Women’s Studies Quarterly, Sin Fronteras, Notre Dame Review, and elsewhere. She provided color cover art for Silk Road, Bombay Gin, Amsterdam Quarterly’s 2018 Yearbook, and The Bend, as well as her books of poetry In and Out of Rough Water (2017) and The Tree Surgeon Dreams of Bowling (2018). Twice nominated for a Pushcart Prize, she was a finalist for the Up North poetry prize, the Naugatuck River Review poetry contest, the David Martinson–Meadowhawk Prize, the Ex Ophidia Poetry Book Prize, and the Ryan R. Gibbs photography award.

Juliet Wilson is a writer, crafter, adult education tutor and conservation volunteer based in Edinburgh, UK. She blogs at http://craftygreenpoet.blogspot.com and tweets @craftygreenpoet. 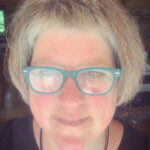 Kersten Christianson is a raven-watching, moon-gazing, Alaskan. When not exploring the summer lands and dark winter of the Yukon, she lives in Sitka, Alaska. She holds an MFA in Creative Writing (University of Alaska Anchorage). Kersten has authored two books of poetry: What Caught Raven’s Eye (Petroglyph Press, 2018) and Something Yet to Be Named (Aldrich Press, 2017). She is also the poetry editor of the quarterly journal, Alaska Women Speak. www.kerstenchristianson.com 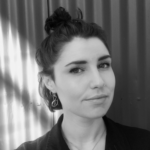 Liberty Lawson is a writer, a researcher at the Sydney Environment Institute, a Blue Charter Research Fellow with the ACU and an interdisciplinary PhD student at the University of Sydney. She has a background in marine biology and coral ecology and philosophy, and as an academic she works with artificial coral reefs, conservation policy and science communication. As a writer she is fascinated by micro and macro spatiotemporal scales, hybrid ecologies and what our human understanding of these spaces reveals about us as a species. 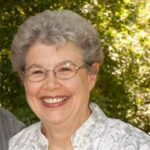 Lorraine Jeffery earned her bachelor’s degree in English and her MLIS in library science. She has won poetry prizes in state and national contests and has published over sixty poems in various publications, including Clockhouse, Kindred, Calliope, Ibbetson Street, and Rockhurst Review. She has also published short stories and essays. 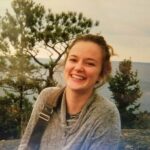 Olivia Kingery is a writer in the Upper Peninsula of Michigan. She is an MFA candidate at Northern Michigan University. Her work is published and/or forthcoming with The Ore Ink Review, Dunes Review, From Whispers to Roars, and Cosmographia. When not writing, she is in the woods with her Chihuahua and Saint Bernard. Sheree Winslow was given the name Many Trails Many Roads Woman by the medicine man of her Northern Cheyenne tribe. Sheree Winslow embraces a life of wonder and wander. She’s the 2018 recipient of the Submittable Eliza So fellowship, among other honors. Her work has recently appeared in Midway Journal, *82 Review, Beecher’s, Linea, Past Ten, and Wanderlust and is forthcoming in Brevity, The Sun Reader’s Write, AWP Writer’s Notebook, Mom Egg Review, Memoir Magazine, and Storm Cellar. Sheree lives in Southern California where she’s finishing a memoir about recovery from food addiction and a collection of travel reflections while advising startup and marketing clients. She received her MFA from Vermont College of Fine Arts. 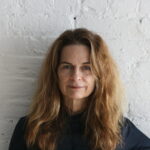 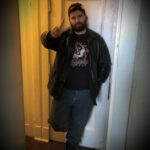 Jared Benjamin is a neurodivergent writer from Brooklyn, now residing in Buffalo. Stone is the author of A Place Between Expired Dreams and Renewed Nightmares (Ghost City Press 2018) and the forthcoming Fireflies & Hand Grenades (Stasia Press 2019). His reviews, poetry, and prose have appeared or are forthcoming in Yes Poetry, Gravel, Five 2 One Magazine, BlazeVOX, Glass, Empty Mirror, Crack the Spine, and elsewhere. You can check out more of his work at jaredbenjaminstone.com or his tweets @JB_StoneTruth. 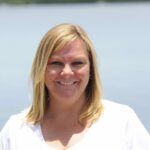 Tonya Wiley grew up far from saltwater in Michigan and north Texas but developed a love for the ocean during family vacations to Florida and caught her first shark while fishing with her dad in Charlotte Harbor. Following a stint in the US Navy she received a Bachelor of Science degree in Marine Fisheries from Texas A&M University at Galveston. She completed an internship with the White Shark Research Institute in South Africa, and then a temporary research project on endangered suckers with US Geological Survey in Oregon. Tonya has worked for the Coastal Fisheries Division of Texas Parks and Wildlife Department as a Marine Finfish Hatchery Technician, Ecosystem Management Technician, and Fisheries Outreach Specialist; and for Mote Marine Laboratory’s Center for Shark Research on the Sawfish Research Project leading field surveys for endangered smalltooth sawfish from Tampa Bay to the Florida Keys. Tonya is now the President of Havenworth Coastal Conservation, founded to promote the sustainable use and conservation of marine resources through research, outreach, and education.

Tonya has been conducting field studies of sharks and rays since 2001, including research on the endangered smalltooth sawfish in Florida, becoming an authority on the biology and ecology of the species. She is an appointed member of and team leader for the National Marine Fisheries Service’s Smalltooth Sawfish Recovery Implementation Team, a multi-institutional panel of experts working to protect the remaining sawfish population in the US and prevent the species from going extinct. Tonya is a Research Scholar with New College of Florida, serves as Secretary for the American Elasmobranch Society, is a board member and Secretary of the Sawfish Conservation Society, and is the Treasurer and Chair of the curriculum committee for Coastal Brigade-Texas Brigades.

Tonya lives with her husband, Chris, on Terra Ceia Bay in Florida and enjoys any activity that gets her on the water including fishing, boating, snorkeling, kayaking, and paddle boarding. Her favorite place to fish is in Everglades National Park, particularly Ponce de Leon Bay.

Relatively new to the writing scene, since 2011, Anthony Panegyres (a PhD candidate at UWA) has been an Aurealis Award Finalist for Best Fantasy Short Story, and has also had stories published in Australia’s premier literary journals including Meanjin and twice in Overland, as well as several other anthologies, including The Best Australian Stories, The Year’s Best Australian Fantasy & Horror, 2011 & 2015. His latest stories can be found in the anthologies Bloodlines and At the Edge, with another two anthologies forthcoming in 2019. 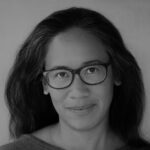 Mandy-Suzanne Wong was raised in Southampton, Bermuda. Then she lived for twenty years in Boston and Los Angeles, earning a BA from Wellesley, an MM from the New England Conservatory of Music, and a PhD from the University of California, Los Angeles. She co-authored her first novel with the screenwriter Rich Andrew when they were fifteen. The following year, a Connecticut literary magazine published her first solo story. Her more recent stories took first prize in Strange Days Books’ (Greece) 2018 Eyelands International Flash Fiction Competition and made the shortlist for the 2015 Aeon Award (UK). In the US, her short fiction appears in Quail Bell, The Island Review, The Spectacle, The Hypocrite Reader, Conclave, Five on the Fifth, Dark Matter, and elsewhere. Her fiction chapbook Awabi won the Digging Press Chapbook Series Competition in 2018.

She also writes creative and scholarly essays, which have appeared in Volume! (France), The Hypocrite Reader, Organised Sound (UK), and anthologies produced by Open Court, Routledge, Oxford University Press, and Duke University Press. She was a founding Co-Editor-in-Chief of Evental Aesthetics, a peer reviewed journal of philosophy and art, which she still serves as an editorial consultant. Mandy-Suzanne’s debut novel, Drafts of a Suicide Note, was shortlisted for the 2015 Santa Fe Writers’ Project Literary Award, named a semifinalist for the 2016 Conium Review Book Prize, awarded an honorable mention in the 2017 Leapfrog Press Fiction Contest, and chosen as a finalist for the 2018 Permafrost Book Prize. It will be published by Regal House Publishing in 2019. 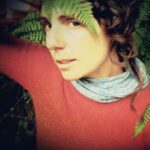 Franciszka Voeltz‘s work has been shaped by living and working in rural and urban collectives, growing food and tending to land, leading community-based writing workshops, and providing humanitarian aid at the Mexico/U.S. border. Voeltz earned an MFA in Writing from University of California, San Diego and is the recipient of poetry fellowships from Helene Wurlitzer Foundation, Santa Fe Art Institute, Brush Creek Arts Foundation and Art Farm. Their most recent chapbook All This Blue, All This Broken is available from Iron Point Press. Voeltz lives and works in southwest Wisconsin where they serve on faculty at Thoreau College. More at franciszkavoeltz.com