Contributors to the We Refugees anthology

We Refugees will be released in the spring of 2019. All profits from sales of the anthology will go to support the work of the Asylum Seeker Resource Centre. 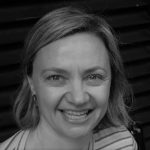 Emma Larking is the senior editor for Pact Press’ We Refugees anthology. She is author of Refugees and the Myth of Human Rights: Life Outside the Pale of the Law (Ashgate/Routledge, 2014), and co-editor with Hilary Charlesworth of Human Rights and the Universal Periodic Review (Cambridge University Press, 2014). Her disciplinary backgrounds are in literature, law, political theory, and applied philosophy. She has published widely on the concept and status of human rights, and on refugees and people movements. After working as a lecturer in the University of Melbourne’s Schools of Historical and Philosophical Studies and of Social and Political Sciences, Emma was an Australian Research Council Laureate Postdoctoral Fellow at the School of Regulation and Global Governance (RegNet), Australian National University. There she collaborated on a project led by Hilary Charlesworth called ‘Strengthening the International Human Rights System: Rights, Regulation and Ritualism’, and co-edited the blog, Regarding Rights.

Currently a Visiting Fellow at RegNet, Emma’s research considers the capacity of human rights to redress material inequality. She is interested as well in political mobilizations for social justice, with a focus on anti-poverty campaigns, the global food sovereignty movement, and advocacy for a UN Declaration on the Rights of Peasants. She also continues to work on issues related to refugees and irregular migration. 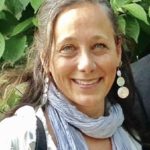 Loretta Oleck, 2016 Pushcart Poetry Prize nominee, is the author of two poetry collections, Songs from the Black Hole (Finishing Line Press), and Persephone Dreaming of Cherries (Hurricane Press). Her poetry and photography have been published in The Stockholm Review of Literature, The Adirondack Review, The Missing Slate, Obsidian Literature, Black Lawrence Press, So to Speak: Feminist Journal of Language and Art, Feminist Studies, Picayune Magazine, Poetica Literary Magazine, WordRiot, among numerous others. Her poetry was filmed for the Public Poetry Series, included in Storm Cycle’s Best of 2013 Anthology, and has been performed at dozens of venues. She received an MA in Creative Writing from New York University and an MSW in Social Work from Fordham University. In 2016, Loretta volunteered through Lighthouse Relief at a camp for Syrian refugees – Ritsona Refugee Camp – in Ritsona, Greece. She worked mostly with the children meeting their unique psychological and social needs through supportive activities, creative expression, and play. 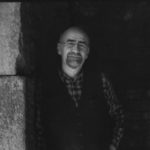 Sharif Gemie is a retired History professor. He used to write about themes such as minorities and cross-cultural contacts. His most recent non-fiction work is The Hippy Trail: A History. After retirement, he turned to creative writing as he thought it was time to do some real work. Writing about fictional cross-cultural contacts and journeys is a logical continuation of his historical research. ‘The Map and the Migrant’ was inspired by a copy of a map drawn by a real-life migrant. Sharif is half-Egyptian: he grew up in London and has lived in Wales for twenty five years. 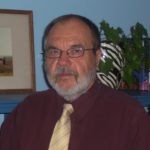 Steven Jakobi is a retired college biology professor. He is the author of two books of very short essays on the lessons we can learn from nature. He also writes short fiction and poetry. A native of Hungary, Jakobi and his wife live in rural Allegany County, New York, with three dogs, two cats, and many chickens. 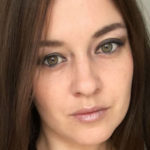 Enesa Mahmić is an Bosnian travel writer, poetess, and feminist. She is a member of PEN Center. Her travel stories and poetry have appeared in many journals including Words and Worlds Magazine, Dubai Poetics, Balkan Literary Herald, and Eckermann. Her work has also appeared in anthologies such as Social Justice and Intersectional Feminism (University of Victoria, Canada), Spread poetry, not fear (Slovenia), QUEEN Global voices of 21th century female Poets (India), Le Voci della poesia; Immagine & Poesia (Italy), Writing Politics and Knowledge Production (Zimbabwe), Wood poets (Croatia), World for peace (World Institute for Peace, Nigeria), and more. She is the recipient of the following awards for literature: Ratković’s Evenings of Poetry 2016, gold medal for best immigrant poetry for Neighbour of your shore 2017, and the Aladin Lukač Award 2016 for best debut book. 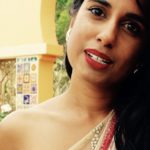 Kirsty Anantharajah – proud Tamil woman and member of the Sri Lankan diaspora in Australia – is a writer, poet, human rights lawyer, and academic. She has worked and published in the fields of sexual violence and impunity during and post Sri Lanka’s civil war; and contestation of constitutional land rights and rule of law challenges in post-war Sri Lanka. She has also worked in a pro bono capacity in refugee legal protection in Sydney. Her commentary has appeared in various news sources including The Conversation (Australia) and the Colombo Telegraph (Sri Lanka). She is inspired by the stories of the fierce courage displayed by Sri Lankan women currently in the North of Sri Lanka, but also by members of the diaspora who courageously navigate lives away from their homeland. 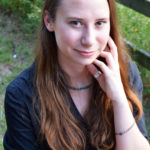 Jennifer deBie was born and raised in Texas on the blurred ground between South and West. She has studied in Texas, spent a summer in Italy, and currently lives in Ireland where she is pursuing a PhD at University College Cork studying Mary Shelley and Frankenstein. Her work has been featured in Little Atoms, Sound Historian, and Manawaker Studios’ Starward Tales Anthology. Her novel for young adults, The Adventures of Dogg Girl and Sidekick, was published by Dreaming Big Publications in 2018. 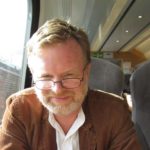 Robbie Gamble works as a nurse practitioner caring for homeless people in Boston. He spends time every summer on the Arizona/Mexico border, providing medical and material support to migrants who are passing through a remote and dangerous section of the Sonoran Desert. His poems and essays have appeared in Scoundrel Time, Writers Resist, Solstice, Poet Lore, and Carve, among others. 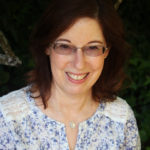 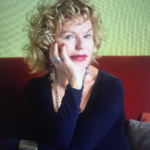 Virginia Ryan is an Australian-Italian binational artist/art therapist working in Europe and West Africa who studied at the Florence University of Foreigners, the  National Art School, Canberra, Australia and Queen Margaret School of Art Therapy in Edinburgh, Scotland. Ryan co-founded the ongoing Foundation for Contemporary Art (FCA) in Ghana, which she directed until 2007, and the association Make Art Not Walls Italia with asylum seekers in 2016 in Umbria, Italy. She exhibits internationally. For further information, visit: www.virginiaryan.com

Akuol Garang and her family fled from war in Sudan when she was a child and spent ten years in a refugee camp in Kenya before migrating to Australia in 2001. ‘My name is Monica Akur’ is a story about her mother’s strength and resilience. Despite hardships and trauma, Monica Akur’s story also highlights the incredible resilience of the refugee women of Sudan, who all share similar journeys and stories to Akur; stories that have not been told; important stories that need to be heard. Akuol is a speaker and a storyteller, and has had her work featured by the broadcaster SBS, and in ANZ bluenotes and Voices for freedom. She is currently studying a Masters of Human Rights Law at Monash University. Akuol is also a registered Migration Agent, working and volunteering to support migrants and refugees in Australia. She is passionate about building and mobilising communities, and advocating for the rights of refugees and people seeking asylum. She uses her lived experiences to highlight the positive contributions that people from refugee backgrounds bring to the Australian community. 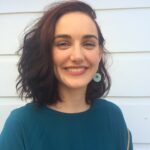 Nina Foushee is a writer, essay tutor, and communications manager who loves absurdist comedy. Though she lives in San Francisco, she has an abiding love for the Sonoran Desert where she was raised. She likes to explore how stories inform our moral life.