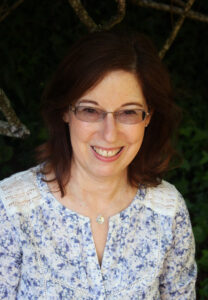 Can you tell us a little about your background and how you were first affected by/became aware of asylum seekers or displaced peoples?

I’m a third generation German Jew. My grandparents moved to Canada between WWI and II. My parents returned to visit their extended family in Montreal quite often for holidays and vacations. I was raised in the United States, however, and the majority of my experiences did not make sense. I grew up in Greenbelt, Maryland—my father worked at NASA once he graduated from Syracuse University, and lived south of Mason Dixon Line from the age of six and on. This feeling of exile in an alien place where I was expected to ‘fit in’ has certainly contributed to an awareness of displaced people and asylum seekers.

Have you yourself endured such a displacement from your home? If so, can you tell us a little about what prompted this movement, and what the experience was like for you?

I feel very lucky to not have endured displacement from my home.

If you have worked with displaced people, can you tell us about a particular person, event or interaction that was most memorable?

When I first moved to the Seattle area many years ago, I did some work with Vietnamese refugees. At the time I had a two and a four year old. They were interested in learning language. The woman I was helping had children of similar ages. We formed a play group and the children bonded effortlessly, as compared with the adults who had more obstacles to overcome.

Can you tell us about any current projects upon which you are now working?

The writing and teaching projects I work on deal with writing verse associatively and with writing through trauma. Both of these forms of self-expression may lend themselves to processing the refugee experience.

In many countries, including the US, Australia, and UK there is often a stigma against and negative feeling toward refugees. What do you want people to know about refugees?

No one chooses to leave one’s home and homeland. To add a stigma to a situation fraught with danger, trauma, and physical and psychic hardship is unimaginably cruel. Refugees are people with rights the same as other citizens of the contemporary “global world.” They should be treated with respect, care, and dignity.

How does it make you feel when people in the West characterize asylum-seekers, refugees and immigrants as dangerous, causing them to want to close their borders?

It makes me very angry. Had Canada not taken my grandparents into its borders, they would have been imprisoned and killed by the Nazi’s. Almost everyone in the West has a similar story. To portray immigrants as dangerous is a fear tactic used by dictators and soulless regimes.

What is next for you?

I would like to continue to reach out to the larger community of humanity via translation, perhaps to translate, along with a native French speaker, some excerpts from René Char’s La Nu Perdu (The Bare Loss), a book written while he was heading up the French Resistance.

What does it mean to be a third generation German Jew in the West?

This is a more difficult question than I thought when I posed it. I was impressed, when I visited Berlin in 2001, at the number of Holocaust memorials and reminders there were. The collective guilt is strong. Growing up in the U.S., however, my parents and other relatives protected me and my siblings from history, as if by doing so what they had witnessed would not happen to their children. The effect of this was that my feeling of exile (also as a Canadian being raised in the U.S.) was only intensified by this quasi-semblance of not having a ‘past.’

In fact the Jews were native Germans as much as they were Jewish. My paternal grandfather knew this all too well. The story I learned many years later is that he walked around the house in Winnipeg, where he was a cantor, saying “I can’t believe the Germans did this to us.” In Berlin at least, there is a sense that the rift between Germans and Jews has a chance of healing, although perhaps too little, too late.